On June 16 a cornerstone was laid for the Uus-Mustamäe neighborhood, formerly known as the Kadaka gardening territory. According to the representative of the residential developer Bonava it is currently the largest simultaneously built neighborhood development in Estonia with rental apartments being part of the project. 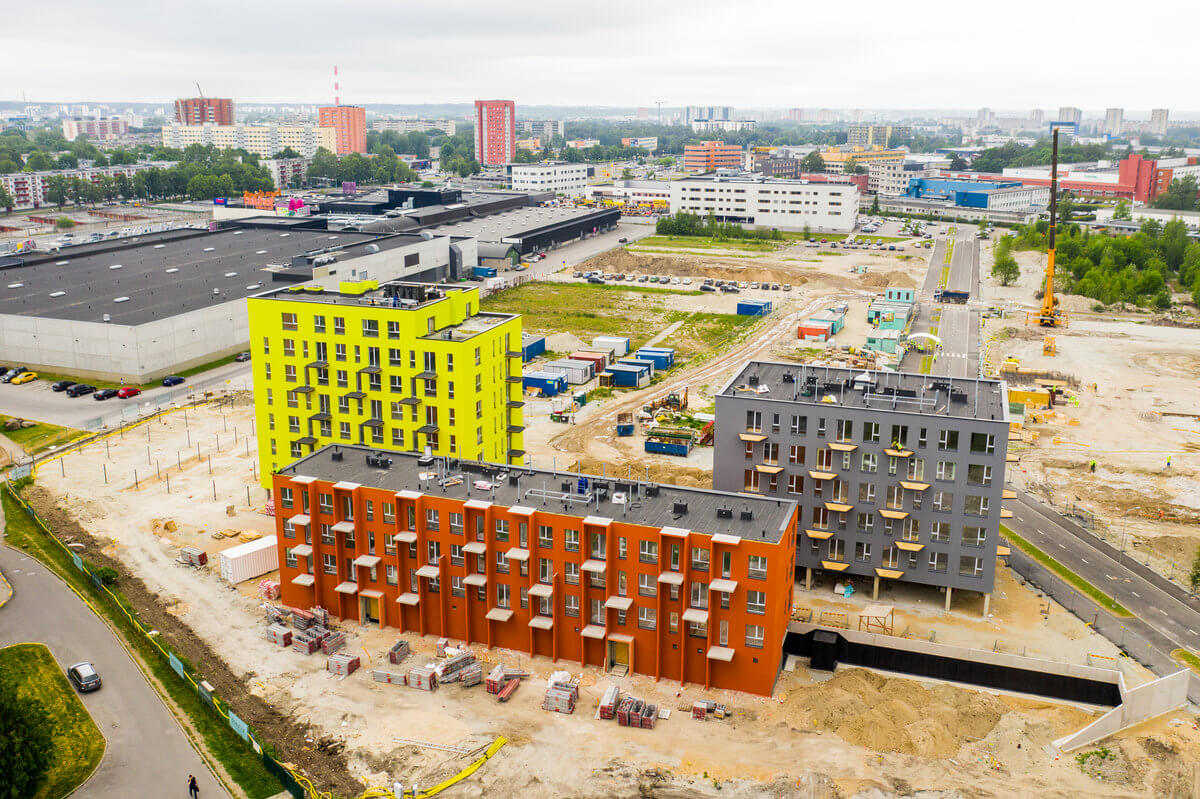 In addition to the traditional rowan branch, a piece of coal, a newspaper and a banknote some items indicating the post-corona virus era were ceremoniously placed into the time capsule – a colorful face mask created by The Korsars duo and a disinfectant produced by Punch Drinks.

“Although the construction works of the whole area started already in the second half of 2019, we decided to mark the beginning of the development of the third construction phase with a solemn cornerstone ceremony. Despite the anxious spring season in the real estate landscape, people have not lost interest in buying a home in a new development. In addition, we would like to contribute to the introduction of the concept of rental houses in Estonia, which is already widespread in other parts of the world, and therefore we will continue the construction of Mustamäe's largest neighborhood in full swing,“ confirmed Timo Riismaa, CEO of Bonava Estonia.

"Our first rental house on Manufaktuuri Street in North Tallinn has shown that a customer-centric service approach and a promise of long-term housing is what many home seekers have been waiting for," said Hannes Tall, Lumi Capital's Head of Residential Management.

"Mustamäe is close to the hearts of many Tallinners and we believe that apartment buildings located in the cozy Uus-Mustamäe neighborhood will be a popular place to live not only for home buyers but also for rental customers. Despite the uncertain time in the economy we will continue our rental house investment program because we believe in the long-term future of the Estonian economy and in the city of Tallinn as an attractive environment to live and work, ”added Rait Riim, LHV's Head of Real Estate Investment.

According to Bonava's representative, rental houses in Scandinavia and Europe account for a large share of the entire housing market offering an affordable alternative for those for whom the acquisition of real estate is not relevant. Bonava has previous experience in developing rental houses in several other countries, and since there is a target group for such a product in Estonia, the housing developer wants to contribute to making rental houses more accessible in the local housing market.

According to Timo Riismaa, developing rental houses offers investors a lower return in the short term than for example commercial real estate, but it is a much more sustainable business model in the current uncertain time and also in the long run.

In addition, every rental tenant can be sure that their home is of the same quality as of those who bought an apartment in the same development. "Rental houses are consciously planned to be part of a comprehensive modern neighborhood to be built in Mustamäe, where all residents can equally enjoy comfortable living conditions as well as opportunities for relaxation and sports in the largest park in the region," confirmed Riismaa.

In Uus-Mustamäe, which also includes rental houses called Lumi Kodud, a complete living area with a total of 750 new homes will be built over the next 5-7 years, of which 340 are currently under construction and almost half more are under development.

According to Lauri Laanoja, Bonava Estonia's Head of Sales and Marketing, 99 new homes will be completed this autumn at Aiandi 5 – only 8 of them are still on the market. Construction of the 77-apartment house at Aiandi 8 began in April this year.

"Currently, homes are mainly sought and bought by those who have planned their home purchase in advance and are financially prepared for it. As a living environment, Mustamäe is going through a rebirth and is an attractive place to live for families looking for their first home as well as for early Mustamäe residents who crave modern living space close to home," said Laanoja.

The development named Uus-Mustamäe should be completed by the middle of the decade. 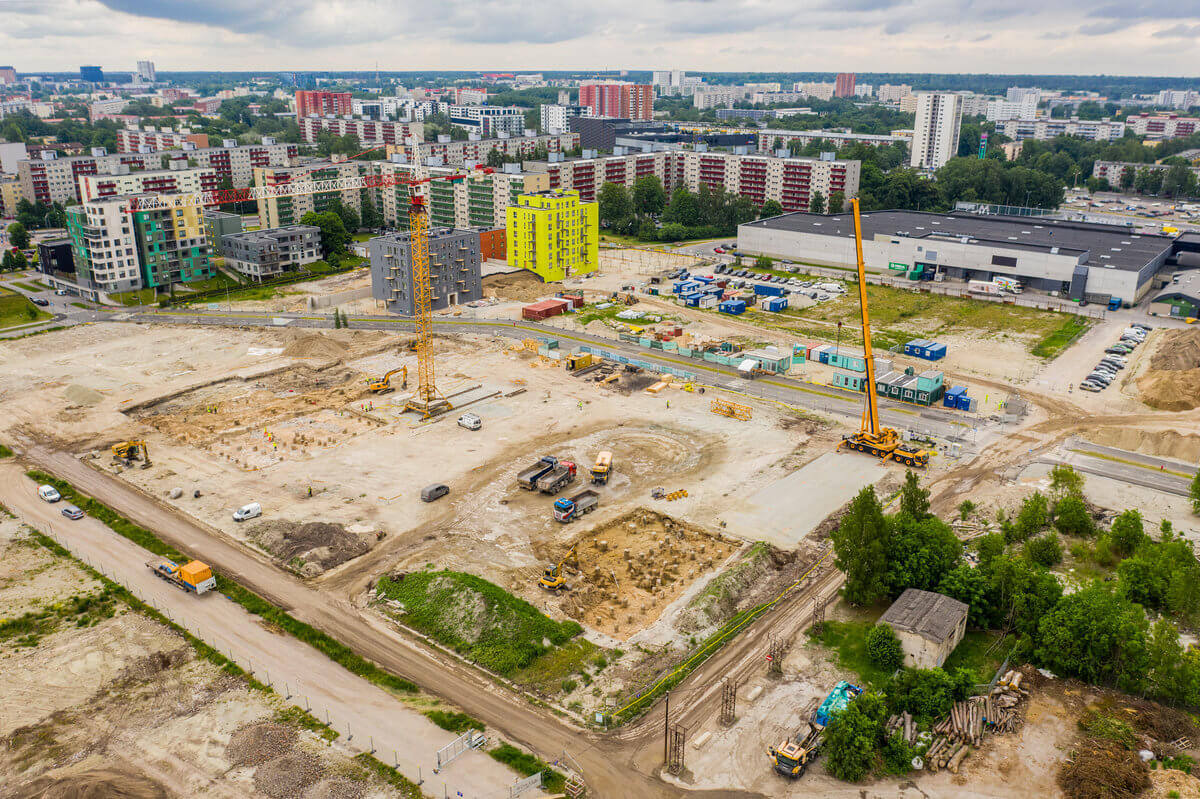 Bonava is one of the leading residential development companies in Northern Europe having established homes and neighborhoods since the 1930s. Bonava has 2,300 employees, operates in Sweden, Finland, Denmark, Norway, Germany, St. Petersburg, Estonia and Latvia, and had a turnover of SEK 15.5 billion in 2019. Bonava's shares are listed on the Nasdaq list of the Stockholm Stock Exchange.

Lumi Capital is a real estate investment management company that has founded the strategy for investing in rental houses and implements the strategy in cooperation with LHV's pension funds.

LUMI CAPITAL
Kentmanni 4, Tallinn 10116, Estonia (5. floor)
This email address is being protected from spambots. You need JavaScript enabled to view it. 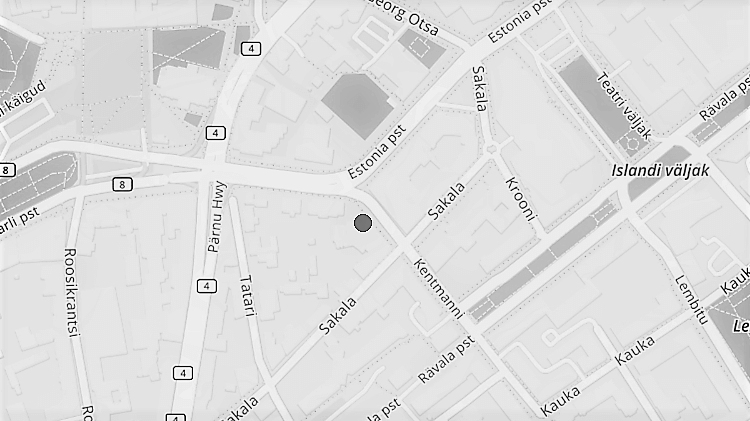 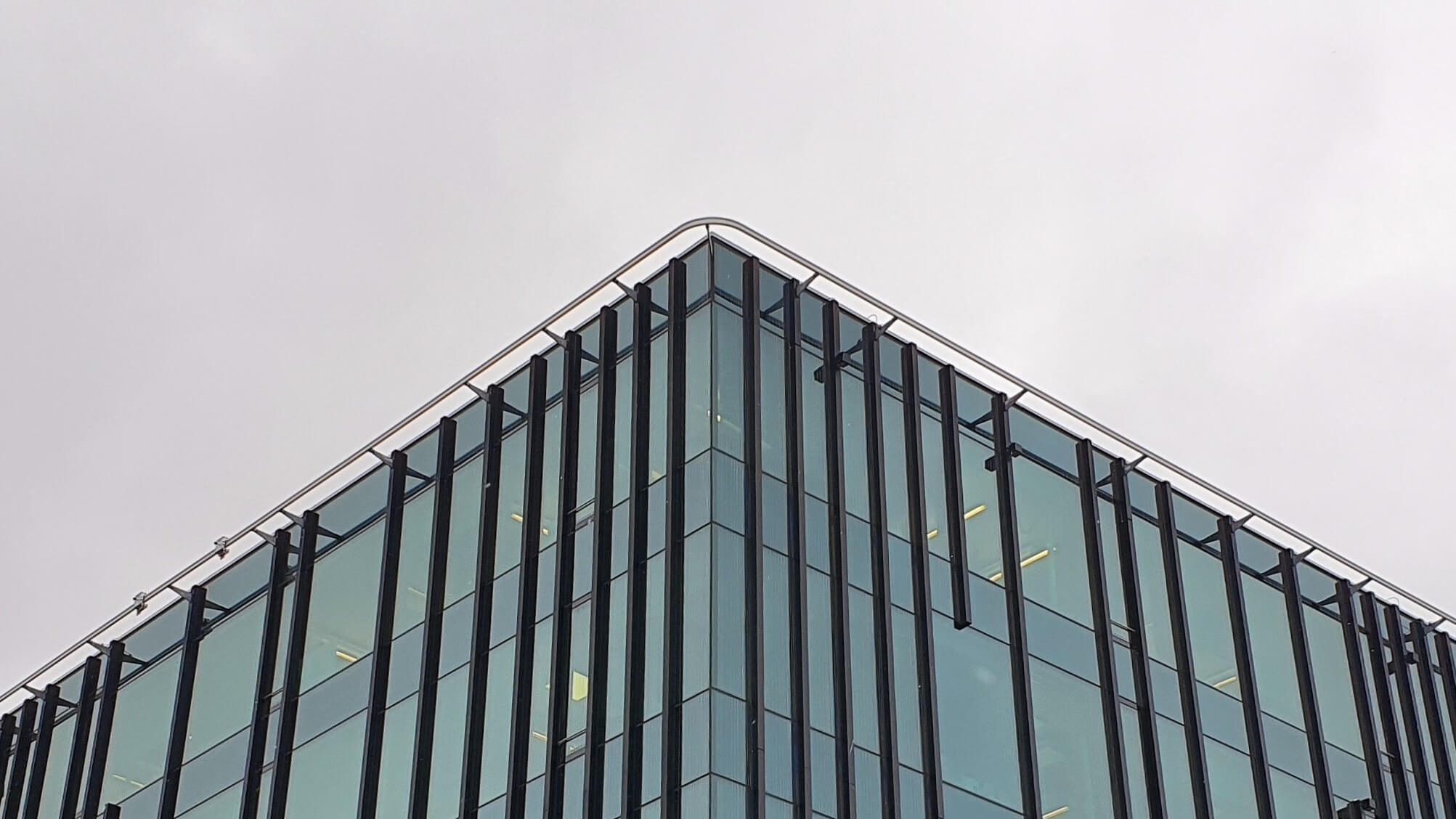